Yash Mittal, from Gwalior, Madhya Pradesh, finished his schooling from Kiddy’s Corner Higher Secondary School and has been trained by the IDIA Madhya Pradesh Chapter since December 2015.

Yash has learned the value of hope and determination in challenging and difficult circumstances. His father, who owns a small shop, managed to earn between INR 65,000 – 70,000 per annum when Yash joined us as a trainee. Yash’s father is the sole breadwinner in the family. With limited means to support his educational needs, Yash has worked hard to achieve academic success and has secured admission at Institute of Law, Nirma University.

Yash is also interested in the Indian political landscape and political processes. He is an avid reader, and also enjoys playing sports like badminton, cricket and basketball. While recognizing the immense value of access to education in institutions known for excellence, Yash also realizes the important role each individual play in shaping these institutions. He has immersed himself in university life, noting, “It’s not only the institutions that make individuals; it’s also the individuals who make institutions.”

Yash aims to use his education to serve society. “I opted for law because it helps me relate to society, since law is everywhere. If I know law, and if I’m following it, then I don’t have to be afraid of it,” he says.

He actively participates in campus life, and has also written for a variety of publications and organisations including LAWZ magazine and the Centre for Internet and Society. Yash is very interested in the Indian political situation, which he keenly observes, analyses, and documents in his writing. He has interned with Vidhi Centre for Legal Policy, New Delhi, Sankalp Sharma and Associates, and Dharmendra Arya & Associates, New Delhi (Saket District Court).I 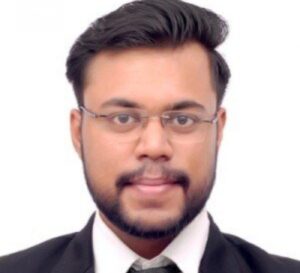