The following is an account by Atharv Joshi, who is a 3rd Year student at ILS Law college, Pune. He has been a part of the Pune Chapter of IDIA for a year. Here he relates his experience of conducting a sensitisation session in an ashram near Pune, Maharashtra.

I joined IDIA’s newly formed Pune Chapter a year ago, as I wanted to help under privileged children get into law school and possibly change the course of their lives. However, that decision has helped me understand what a privilege it is to have an education in this country and how easily it is taken for granted.

One of our earliest visits was to a near-by ashram called “Punaruthan Samarasita Gurukulam” (henceforth ‘Gurukul’) located at Chinchwad near Pune. It is run by a social worker, Mr. Girish Prabhune, who has been working for the rehabilitation of tribal children since the past 30 years. The Gurukul houses about 300 children from the age group of 3-20 years and they study from 1st– 12th Std in the same place.

Most of these children come from the remotest of areas in Maharashtra, where the sun of development hasn’t shined yet. These children come from unstable homes and are especially financially distressed. The Gurukul helps these children inculcate basic moral values and educates them. Additionally, the children are provided  with vocational training for developing skills like plumbing or electrician’s work, etc., so that they are equipped to earn their own living. We were aware of the background of these children and their low exposure to other career options. That is why we decided to do a sensitization at the Gurukul.

We gathered around 15-20 students from 11th and 12th standards at the Gurukul for our sensitisation session. When we started the orientation, they seemed lost. Their faces looked blank when we said the word ‘law’, but as we started interacting with them and engaging them with our questions, they seemed to understand the idea of law and lawyers. By the end of our orientation the children were keen to give the aptitude test.

During the session, it struck me that these children were only 2-3 years younger than me and were living in the same city where I lived. However, it felt as if I was in a different world than them. It made me understand the whole reason why IDIA exists and how much work there is to be done. This exercise also taught me the value of accurately articulating myself and why that is important for a lawyer in the making.

All of these students were from Marathi medium schools and colleges. While they weren’t completely unaware of the English language, they certainly lacked proficiency in it. They exhibited great spirit because when we informed them that the test was going to be in English, that didn’t seem to affect their enthusiasm in any way whatsoever.

After we distributed the papers for the test, all the students jumped at the opportunity and started solving them immediately with great gusto! Our team helped them with any and all difficulties they faced with the paper. Every member of our team took up a group of 2-3 students and sat with them to clear any doubts they had. It was very interesting to note how while we were trying to make them understand the concepts of critical and legal reasoning, some of the students disagreed with certain outcomes of applying principles to facts, because they felt those were  morally incorrect outcomes. After our explanation, it amused and bemused them to know that the law doesn’t always have something to do with morality!

In the entire group there were only 3 girls. These girls came from faraway districts of Maharashtra. It took them extra efforts to study their everyday subjects back home because of the various problems that come with financial instability. It is the girl child that is rendered most vulnerable because she’s looked upon as an extra mouth to feed and in most cases, is hurriedly married off. Two of our members sat down with them and helped them throughout the test. They provided a word by word translation of the complex questions and explained everything in simple language. These girls finished the test before the boys!

The boys at the Gurukul weren’t proficient in English but they were attempting every section undeterred. I realized that these children were as intelligent as other children in Pune city. The only problem that kept them from gaining confidence and exploring other career avenues like the law, was the barrier posed by the lack of knowledge of the English language. One of our team members, Shreyas was helping a boy who could speak seven Indian languages. He was only 17 years old, but as a tribal child he had traveled across many places and naturally picked up the languages because he had a flair for them!

I was happy to realize that IDIA was a medium for me to resolve these problems to an extent. Selecting children from the lower economic strata and training them under IDIA’s programme, would not only remove the language barrier but also enable them to achieve their full potential. This feeling is immensely satisfying and cannot be compared with anything else I have experienced.

Writing the test despite our explanations didn’t come without its fair share of difficulties. Some of the children couldn’t understand the very concepts we were explaining. Some of them were distracted and didn’t pay enough attention to us. But the exercise overall didn’t deter them or us. It showed me, that if we did our job as IDIA members, one day many such children will realise their full potential.

The Gurukul is a small place surrounded by trees and a flowing river. It is a lively place, because apart from the 20 odd college going students, all the others are small children. We instantly took to their chirpy nature and unmatchable energy. The other highlight of this experience was the opportunity to play with these children! I guess that forms part of the additional benefits of working with IDIA!

The visit was a success and it surely laid down an enthusiastic foundation for our team.

access access to legal education CLAT college diversity education inclusion law lawschool Pune Sensitisation
IDIA Pune Chapter conducts an eye-opening sensitisation at an ashram near Pune2019-06-282019-06-28https://www.idialaw.org/wp-content/uploads/2018/12/logo-six.pngIDIAhttps://www.idialaw.org/wp-content/uploads/2019/06/pune-3.jpg200px200px
About
IDIA
IDIA is a pan-India movement to train underprivileged students and help transform them into leading lawyers and community advocates. IDIA is premised on the notion that access to premier legal education empowers marginalized communities and helps them help themselves. To donate towards the cause, please visit: idialaw.org/donate/ For additional queries contact: Swati Agrawal, Director - Operations, swati@idialaw.org. 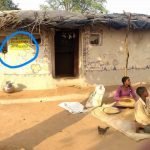