The first time I met Sanjana Roy-she was seated in the first row in a large examination hall in the academic Block at NUJS. I was invigilating the IDIA National Aptitude Test (INAT) which is conducted every year. I had just joined the West Bengal chapter of IDIA and wondered who out of the fifty students who wrote the test would be my mentee over the next year.

Sanjana did really well in the test and I was assigned to be her mentor. On the day of our first meeting as mentor and mentee, I found her sitting by the pool of justice, gazing at the reflection of the beautiful building(our academic block) on the water. I knew then that this girl was determined and focused about her dreams.

In the next few months, I guided her as I was guided as I found her to be, in many ways, like me. At times she would feel anxious, and I would tell her that it would be all fine. I couldn’t help but remember the way my own mother used to calm me down whenever I used to go through these bouts of anxiousness. Even though she was anxious, Sanjana was extremely determined, diligent and hardworking. I encouraged her to ask as many doubts as possible and she did. While making sure her preparation for CLAT was thorough, I also ensured that she did well in her Boards as well. Both examinations were important to her and finding a balance between the two was vital for her to succeed in both.

The testing times were the months right before CLAT. I called her up every day from Bangalore, clarifying all her doubts and ensuring that her anxiousness did not win over her confidence. I mailed my old LST worksheets to Arnab (Basu), who promptly delivered them to Sanjana. I wanted her to have all possible materials. She was hard working and never lost focus while preparing. I spoke to her about the importance of strategy, a decisive factor in one’s success, especially in a competitive exam. Together, we formulated a workable strategy that enabled her to score more by focusing on her strong areas first, and then the weaker ones.

When I called Sanjana and spoke to her on the night before CLAT, I recollected my own experience before the exam. What was important was not how much I had read or remembered, but how much support and belief people had in me. I wanted Sanjana to have the same, because that is the defining element which distinguishes success from failure. When she called me after the exam, I could tell that she had done well, as her voice contained a tone of exhilaration in it. When the results came out a few weeks later, I did a happy dance all around my room, much to my grandfather’s amusement.

Sanjana was happy that she had made it to a good law school, and was scared and excited about embarking on a new journey. Before she was to leave for HNLU, I told her of my own initial experiences at NUJS, from traveling with my mother to Calcutta, experiencing a life away from home and how we are always given an opportunity to succeed in a field that interests us most. I think this helped her in adjusting to a new life in Raipur.

She grew accustomed to her new life at Raipur, and began doing well right from the start. A lot of this can be attributed to the fact that she has always been diligent and hard-working, never losing focus. Apart from performing brilliantly at her first semester examinations, she already has two publications to her credit on SSRN and stood third in her internal moot competitions. All this in one semester! Every time I received a mail from her, there was always some good news. At times, she wrote to me about her confusions regarding academics, but I gave her appropriate advice and it worked! She has brought about a fine balance between her academics and her extra-curricular activities.

Sanjana makes me feel proud. While I mentored her, she helped me realize more about myself than I probably knew. I have learnt so much just by talking to her. I am not just a mentor, I am more of a friend to her now- a friendship, which I believe will last beyond just her five years at HNLU. 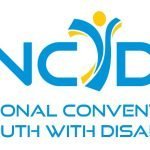 My Right to be Heard: B M AravindBlog 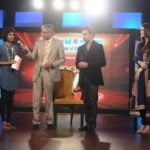