When I was in class 12th, a friend of mine told me about CLAT, but I did not pay much attention to it as a career option. One of the reasons was that I liked science, and I still do. Second reason was that law as a career option was not even available to us, by this I meant that my friends and I had no idea about what law is, and what it can do for the society, and how it can transform it.

But after writing the class 12th exams, I was vacillating between career options, and I made up my mind that I will not go for engineering. Reason for it was that I have been living among people those who emphasize on engineering as a career option, and I didn’t like it.

One afternoon of summer, I got a call from my friend who suggested that I take up CLAT. And from this point onwards, I started thinking about law as a career option.

After conversing with my friend, I told my father that I want to do law. He did not make big fuss about it and he told me to go and do what you want to do.

I cleared CLAT. And this was the beginning of problem. I told my father to pay the fees for my college. But, he said no. For me, getting selected to a National Law College was not a moment of happiness; rather it was a moment of pain. From my perspective, he had two views which made him to say-no,

First: he had no money to pay my college fees.
Second: People around him did not believe law to be a good career option.

I did not eat for two days. My father got tired of this drama and finally he agreed to send me to a law college. But he had no money to pay for my college fees. How could it be solved would is what my father thought at that time.

He reached out to the people of my community. Few of them helped me to get into the college by giving some money to me, but my father had agreed that he will return all their money back, once I get the scholarship, and my father did that.

Collecting money for my admission was one month long task; going and talking to people about it. But in that phase, I came across great number of people who discouraged my father and me, yet there were people who helped me to get into a law college. Without them, it would not have been possible. Today I want to thank them for what they did for me.

I believe that there is more talent in JNV schools which could be applied in a better way. Since I have been part of JNV life, I can look at those students and say that they are motivated and hardworking, always ready to take on a difficult task. I personally believe that more students should come from JNVs to Top National Law Universities, and they should be encouraged to take law as career option.

For me, NUJS has been fantastic experience- a great learning experience. I am glad that I came to NUJS, people are awesome, but administration sucks. And colleges like NUJS can really help students those who come from JNVs. 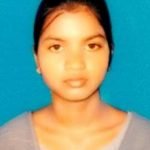