Thank you for supporting IDIA for five years!

What began with a few students from WBNUJS at the small Himalayan town of Pelling in 2010 has, incredibly, completed 5 years, as IDIA gears up to celebrate its Fifth Year Anniversary over the weekend.

The last half a decade has been a great ride for IDIA, as it has achieved moderate success, admitting 70 of its trainees into various law schools across the country, including 54 into National Law Universities. What has been absolutely overwhelming, though, has been the amount of love and support that IDIA has received from students, academicians, lawyers, law universities and all other stakeholders in the legal community. Without this vital support, IDIA would have remained but a mere vision, not a pan-Indian movement with 16 State Chapters and around 400 student volunteers across premier Indian law colleges.

As IDIA gears up to celebrate five year over the next three days, we would like to appreciate everyone who’s furthered our cause, either by volunteering for us, or donating to us, or providing support and mentorship to our trainees, scholars and/or events, or even spoken good words about us to their friends and acquaintances. To all of you, from the bottom of our collective hearts, we say Thank You. 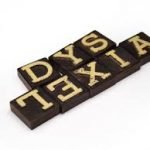 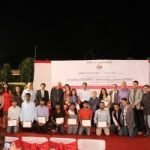