India stands on the foundation of promise of equality and equal opportunity. Our colleges and universities are meant as tools of achieving social mobility. But are they really performing their role?

Acclaimed civil rights advocate Lani Guinier in her recent book, The Tyranny of the Meritrocracy: Democratizing Higher Education in America, argues that the merit system which guides the admission criterions of the American Institutions are functioning to select privileged elite individuals rather than create learning communities geared to advance democratic societies. The term ‘meritocracy’ has been coined by British Sociologist, Michael Young, who envisages a group of elite that has received its pedigree from test scores and not from ancestry. The term ‘testocracy’ has been used by critics of current admission criteria as a means of highlighting the ways in which selection policies heavily dependent on standardized tests are neither fair nor functional.

Testocratic merit makes the assumption that the test scores are the best evidence of applicants’ worth, without paying attention to the surrounding circumstances that shape an individual. Essentially, the ‘test’ criterion is fraught with two difficulties:First, the testing pattern envisages a single uniform way to complete the job, and then tests applicant on qualities that are in tune with this status quo method of completion. Therefore, the approach negates the various approaches that can be used with equal dexterity to complete the job. Second, it ignores several built in biases that privilege those who are already quite advantaged. It discriminates against women, people from the lower caste and class across a nation.

The divide caused by this system is further accentuated by the psychic consequences imbedded in a ‘meritorious’ individual and the society in general.First, it inculcates the idea that people who are left behind are somewhat less worthy thereby creating a new form of inequality. Second, people who have risen through this system of meritocracy tend to have a greater sense of entitlement to all the fruits of their effort. What is interesting about inequality in the meritocratic societies is not the fact that they exist in reality, rather it is the society in general and people at the top who believe that those at the top deserved what they had. They fail to realise that their educational background and their grades are perhaps a better indicator of their parent’s income and their upbringing than their performance in college.

While some might argue that the testing standard by itself is not flawed, but it is rather a reflection of the stark reality of an unequal society that we continue to live in. Although the veracity of the claim cannot be rejected, but it still remains our duty to ensure that access to higher education is not perpetuating the inequality by keeping out students who have grown up in underserved communities.

As a part of the reformation, Professor Guinier advocates the replacement of ‘testocratic merit’ by a ‘democratic’ definition of merit that considers among other things, the character of an individual. Her idea of democratic merit is based on the conception of education, as a public good. She believes that admission criterion should be based on the degree to which they help the institution and its constituent contribute to the society. She believes that skills like leadership, the ability to collaborate with other, resiliency serve as much more important traits for a person’s success in a democracy. One of the methods by which such skills can be tested includes the test of character. An apt example for such an assessment would unquestionably be the Bial-Dale Adaptability Index developed by Posse Foundation. It is designed to identify to specific leadership traits, such as social interaction skills, ability to work in a group which would help gauge the student’s ability to perform in a college and being an active member of the student body. But is it really objective? Can’t the same elite then ensure that their children get glowing character certificates?

There is an obvious weakness in considering such parameters in a heavily populated country like India which would present huge logistical problems. But small steps have been taken even in India. In fact, the Jawaharlal Nehru University, inarguably one of India’s best place of higher learning, has a system of deprivation points whereby they award points to certain candidates (upto a maximum of 10 points) on factors like place of domicile, nature of job performed by parents which includes child of defense personnel’s killed in fighting etc. Hopefully entrance tests such as CLAT could look around and adopt a more inclusive systems. 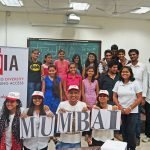 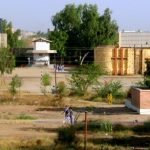