Anand Kumar hails from ‘Masaurhi’, a small town that is 30 kms away from Patna. He is a highly motivated and hardworking student. His father is a retired army personnel and their total monthly family income was around Rs.19,000 when Anand joined IDIA as a Scholar. He has two older sisters.

His mother is a homemaker. Anand completed his tenth standard from the St. Mary’s School, Masaurhi (Patna), scoring a CGPA of 8 out of 10.
Since his father sought an early retirement from the army, Anand had to complete his twelfth standard from a Government school – Ram Naresh Senyai School, Kurtha where he scored 65% in his examinations.

Anand Kumar came to know about IDIA through one of his seniors in school who is currently studying in CNLU, Patna. He qualified among many students who gave the IDIA National Aptitude Test, and was selected as an IDIA Trainee.

According to him, law is the best subject he can study. He believes that law is an important aspect of everyone’s life and it plays an integral role in a nation’s growth and development. He is determined to study law and contribute towards the development of his community.

Anand has secured an impressive AIR 5 in CLAT 2020 with an outstanding score of 117 out of 150. In his free time, he likes to play sports, especially cricket. 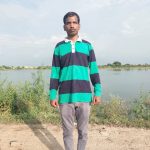 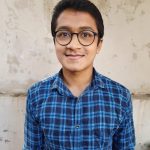