Anoop was born in Gardih, a small town in Jharkhand, where his father works as a farmer, and his mother is a homemaker. His father’s monthly income fluctuated between a mere INR 3,000 – 6,000 per month, with which he supported their family of five.

Anoop was born with a visual impairment, and shifted to Delhi to pursue his education at the tender age of seven due to lack of opportunities in his home town. His zeal for education even at that young age was so unrelenting that he stayed alone, away from his family, in a new city. Recognising his potential, the National Association for the Blind (NAB) supported him in pursuing his education. Determined to pursue mainstream education, he quickly learnt Braille and also learnt to use assistive technology. Then, through hard earned scholarships, he went on to study in two of Delhi’s top schools.

Even as a student, Anoop worked with organisations like ‘Young Voices’ and ‘Radar’. He has written articles on problems faced by people with visual impairment. He trained with the IDIA Delhi Chapter. He has been one of the most hardworking IDIA trainees. He knows his path will be replete with challenges, but he is determined to conquer all odds to fulfil his dream!

Anoop Kumar cracked AILET and is currently studying in NLU Delhi. Anoop is also an orator, chess champion, and poet! His public speaking skills were put to use in 2016, when he spoke of “how visual impairment is a boon” for him at a TEDxYouth event held in Delhi. He has interned with Human Rights Law Network. 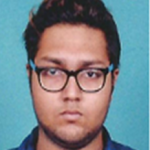 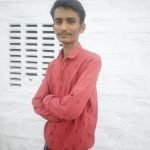