As a diligent student of science in the 12th standard under the West Bengal State Board in Berhampur, Bengal, Arindam planned to pursue medical studies. However, law caught his fancy one day when he heard about CLAT and national law universities in our country. His father is a lawyer who practices in the Murshidabad District Court, while his mother is a homemaker. His elder brother teaches English in a high school. Their combined family income was INR 20,000 per month.

Arindam’s greatest role models are his father and Swami Vivekananda. His interests include reading fiction and gardening. Arindam stumbled upon IDIA through an advertisement for IDIA National Aptitude Test, IDIA’s exam.

IDIA ensured that all the IMS study materials were supplied to him free of cost, and helped him throughout his preparation for CLAT by providing constant moral support and mentoring. Having obtained an All India Rank of 343 in CLAT, Arindam secured admission in National Law Institute University, Bhopal. He was recruited in 2015 through campus placements by Khaitan & Co., one of the top law firms in India.

During his entire law school journey, IDIA has been a constant companion to Arindam, helping him with career counseling, internships and preparation for job interviews. He believes in IDIA’s vision and remains committed to the cause of IDIA. He is looking forward to helping other IDIA Scholars like him in the future. Arindam graduated in the year 2016 and is currently an Associate at Khaitan & Co. 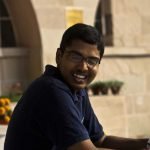 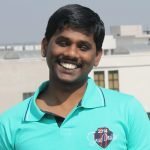