Aritra Mondal is a dynamic and determined scholar who trained under the IDIA West Bengal Chapter and got admission into West Bengal National University of Juridical Sciences (WBNUJS), Kolkata.

Tragedy struck a few years before his admission, when Aritra lost his father when he was in Class 11. His father’s unfortunate demise threw his family into serious financial difficulties. Neither his mother, who is a homemaker, nor his younger sister, who was still in school, could provide a source of income for the family. Aritra temporarily suspended his studies after Class 11 and realised after a year that a formal education, preferably in law, would enable him to support his family better. As luck would have it, his neighbour was an IDIA volunteer, and introduced Aritra to IDIA.

Aritra’s motivation to excel in the legal profession is driven not just by his need to support his family, but also by his passion for justice. He also enjoys playing the guitar and singing. He has interned with the Area Networking and Development Initiatives (NGO) in Gujarat. 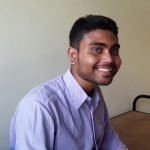 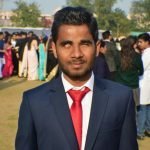