“Arise! Awake! and stop not till the goal is reached.” Arpit Gamit lives by this motto. Arpit and his parents, Suman and Anita, are residents of Uchhal – a small town near the Gujarat-Maharashtra border. His father is a farmer and mother, a homemaker. Arpit is their only son but with a modest income of Rs. 22,000 a month, his parents could only send him to a local school. But has Arpit got any sisters.

Fortunately, at the age of five, Arpit got his first breakthrough. An NGO named Navsarjan approached his parents and asked them to let Arpit take an aptitude test. He did well and secured a seat in Visamo Kids, an initiative by Kalorex Foundation. This NGO not only supported Arpit financially, but also helped him develop into the wonderful person he is today. He honoured their confidence in him through his stellar performance at Anand Niketan in Ahmedabad, where he topped his class throughout school. He not only scored 82% in his 10th standard exams but followed it with an 85% in his 12th standard board exams! He also proved himself as an all-round achiever by winning accolades in inter-school and intra-school football tournaments, and was also selected for ICSE national competitions.

Since the 9th standard, Arpit had dreamt of becoming a lawyer but he always thought it was an unattainable goal due to his weak financial situation. Fortunately for Arpit, our team in Gujarat reached out to Visamo kids and conducted a sensitization there. Arpit scored well on the aptitude test yet again and he was picked to train for CLAT 2018. The team witnessed his hard work and perseverance throughout the training and as expected, Arpit performed exceptionally well in CLAT. His high scores have secured him a seat at Hidayatullah National Law University, Raipur, one of India’s top national law schools, where he is studying now. He dreams of becoming a constitutional lawyer, and believes that he will soon do something remarkable for our society. He has interned with Grahak Suraksha Jagruti Manch (December 2019) and Yuva Unstoppable, Ahmedabad (May 2019). 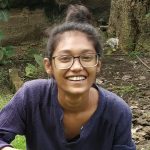 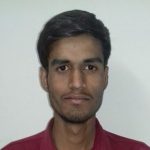