Ashok Kumar hails from, Haliwav, Jalore, a remote village in Rajasthan. His father is a farmer and runs a small shop in his village, and his step mother is a homemaker. His family of six survived amidst many hardships on an annual income that was around INR 40,000. Despite many struggles, Ashok successfully completed his schooling from Jawahar Navodaya Vidyalaya, Jaswantpura, Jalore, Rajasthan. He has always excelled in his studies during his school time.

He has participated in various intra-moot court and ADR competitions, and has been a part of various conferences and workshops. He also represented his institute at 8th NLIU-INADR International Law School Mediation Tournament in 2019. Ashok is also interested in theatre and was a part of his University’s Theater Club. In fact, he acted in various one-act plays and street plays that have won several awards including Best One Act Play. Ashok has interned with the Dispute Resolution Team of Shardul Amarchand Mangaldas & Co., (New Delhi), Khaitan and Co, Mumbai (July 2020), Hon’ble Justice Ravi Krishan Kapoor, Judge, High Court at Calcutta (January 2020), Tree of Life Associates, Law Firm, Bangalore (July 2019) and Advocate Amit Agrawal, Supreme Court of India, New Delhi (January 2019).

Ashok has held the position of Deputy Team Leader at IDIA Gujarat (Nirma) Chapter. He also loves movies, reading books and playing sports such as volleyball, badminton and table tennis. He expresses his gratitude to Late Prof. (Dr.) Shamnad Basheer by quoting some beautiful lines by Mumiba Mazari – “You work hard, you make money, you do it for yourself. That’s not life. You go out, you seek for people who need your help, you make their lives better. You become that sponge which can absorb all the negativity and you become that person who can emit beautiful positive vibes, and when you realise that you have changed someone’s life and because of you this person didn’t give up. That is the day when you live.”. 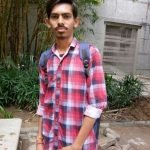 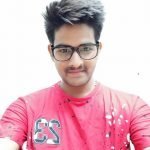