Avadhuta Vamshi Krishna hails from the Warangal district of Telangana. When he joined us as a trainee, his father ran a small textile store in the village and earned an annual income of just INR 40,000 that sustained the entire family. His mother was a homemaker. Vamshi studied in Hyderabad at the Devnar Foundation’s School for the Blind. He was inspired to write the CLAT after some IDIA volunteers conducted a sensitization programme at his school.

Vamshi’s congenital visual impairment did not come in the way of his lifelong dream of becoming a lawyer and now he has fulfilled this dream. Vamshi loves to play chess in his free time. This resilient IDIA scholar’s hard work finally paid off, when he cracked CLAT 2012 and secured a seat at the National Law University, Odisha (NLUO).

Vamshi, along with IDIA scholar Chenna Reddy, has taken part in chess tournaments in various sports fests, such as West Bengal National University of Juridical Science’s Invicta (where he reached the semi-finals in 2015 and was a runner up in 2016), and National Law School of India University’s Spiritus (where he reached the semi-finals in 2015). Choosing to make the most of his vacations, Vamshi interned at J. Sagar Associates in Hyderabad, the Andhra Pradesh Human Rights Commission in Hyderabad and also completed a judicial clerkship under Justice S. Muralidhar.

He has also interned under Senior Advocate S.K. Rungta in Delhi and Advocate Lakshmi Narayana Reddy in the Andhra Pradesh High Court. He was also an active member of IDIA Odisha Chapter.

Vamshi is a sincere and diligent student and has been vocal about disability rights. He graduated in the year 2017. He is working with Deloitte in Hyderabad as Associate Advisor. 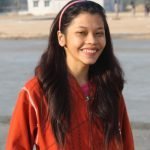 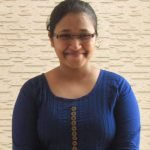