Despite severe adversities, Sundarshyam’s academic record is par excellence. He scored an impressive 9.2 C.G.P.A. in Class 10 and 92.7 % in Class 12 (science stream). Sundarshyam was trained and mentored by the IDIA Hyderabad Chapter and IDIA’s affiliate partner, LST. His zest to succeed resulted in him performing really well in CLAT 2017. Sundarshyam secured admission at NALSAR University of Law, Hyderabad!

Sundarshyam has an interest in various sports including cricket, volleyball and kabaddi. He plays Kabaddi at NALSAR and is a state-level Kabaddi player. He also enjoys reading books, autobiographies in particular. His internships include those with Luthra and Luthra Offices, Hyderabad and Khaitan &amp; Co. LLP., Kolkata. He has also volunteered with IDIA Hyderabad Chapter and with DIVISE, an organization run by NALSAR students that teaches students from government run schools in Hyderabad. 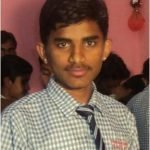 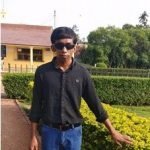