Bhawani hails from Bikaner, Rajasthan. When he joined us as a trainee, his father worked for 9 months a year and earns an annual income of Rs. 60,000. His mother is a homemaker. Together, they have raised their seven children in the household.

Bhawani has always been an excellent student. He secured an 8.2 CGPA in his 10th standard and 81.2% marks for his 12th board CBSE exams in science. When not studying hard in school, Bhawani enjoys cricket, as well as a good debate — the latter of which foreshadowed a fitting future in law! His senior and IDIA Scholar Anil Bhadu was studying at National Law School in Bangalore, and told Bhawani about IDIA, which led to Bhawani’s own journey of pursuing the path of legal studies. Bhawani was inspired to study law because he is passionate about working towards the welfare of society.

With the guidance of the IDIA Rajasthan Chapter, Bhawani studied hard for 8 months to prepare for CLAT 2018. His efforts bore fruit, and his brilliant CLAT score has now ensured him a seat in one of India’s top law schools – NALSAR University of Law, Hyderabad! His favourite subject is mathematics, and he had a perfect score in the maths section for CLAT! He has interned with Bora Law Offices, Jodhpur. He is also part of the NALSAR’s cricket team and won several accolades in different sports in his college sports fest. 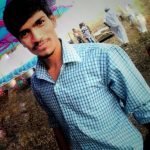 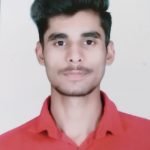