Dhananjay Dubey is a resident of Kolkata, West Bengal. He is the youngest member of the family and lives with his father, mother and an elder sister. His father runs a general store, and his mother is a homemaker. The income of his father was severely impacted by the pandemic.

Dhananjay secured 82% in 10th standard and went ahead to complete his schooling at National High School, Kolkata securing 78% in the commerce stream in his 12th standard. He has also been actively involved in numerous activities throughout his school life and has received many accolades and recognition for the same. He participated in events like State Level Spelling Competitions and Quiz Competition. Furthermore, he has a keen interest in debating and has won the top prize in an intra-school debate competition and has been a runner-up in a debate organised at the Jadavpur University. He has won many medals by participating in Maths, Science and General Knowledge Olympiads. As a testament to his qualities, he has also been entrusted with the responsibilities of being the School Captain. He has also been adjudged as the Best Student of the Year for his all-round performance in the 10th standard.

Dhananjay is also an active participant in many sports activities. He has been a part of his school’s cricket team and has played in many local, regional, and state level tournaments. He also had an opportunity to play at the much-coveted Eden Gardens stadium in Kolkata. He has been a regular participant at athletic events, winning a staggering 5 trophies in a single year. For his sporting excellence, he also received the Champion of Champions trophy on the sports day in his school as he was the winner in all the events in which he participated. He is also a yellow belt holder in Karate. Dance is another area where Dhananjay finds interest and has regularly participated in competitions and won accolades for the same.

He faced many issues due to everything shifting online during the pandemic. Dhananjay did not have a computer or laptop and carried on his preparation on a phone. Due to financial constraints, he was unable to get the mocks printed even though he needed to practice for the offline mode of the exam. He lives in an extremely small house, and he had to take refuge in a small corner of the roof for most of his studies. Yet, he persisted. 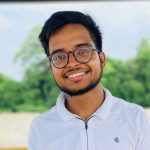 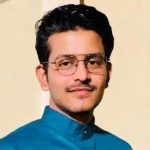