Dilip Nagaura belongs to the Scheduled Caste category and lives in Baori, a remote village in the Jodhpur district of Rajasthan. His father, who is a farmer is the sole breadwinner of the family and earns around Rs. 80,000 annually. Dilip lost his mother when he was an infant. His family consists of his father, stepmother, and five sisters.

Dilip’s interest in law began after he witnessed numerous incidents of caste-based discrimination, child marriages and child labour prevalent in villages. He likes reading about various social issues, and this motivated him to understand the rights of children to access adequate education and health facilities. He strongly believes that people shouldn’t be discriminated against but must be treated equally as guaranteed under our Constitution.

Dilip cleared the 10th standard with 82.17 % and the 12th standard with 73 % from Dr. B.R. Ambedkar Residential School, Mandore, Jodhpur. The writings of Dr. Ambedkar have greatly inspired him to contribute towards ensuring equality for all. Therefore, law was a natural choice for him as he understood that law can be used to help underprivileged people fight for their rights. He is constantly encouraged by his grandmother who sees Dilip as a leader of the community. He wishes to free children from bondage and sensitise his community and others about their rights. In his free time, Dilip plays cricket.

Dilip has secured admission at VIPS, New Delhi. He is excited for the next phase and is ready to face new challenges in his life. He hopes to understand the nuances of law and work further to simplify it for the common man. 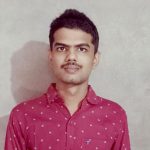 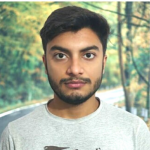