Diptesh Karmakar, hails from a village called Gopalnagar Khal Dhar in the Hooghly district of West Bengal. He is the eldest child of his parents. His father is a farmer, while his mother is a homemaker. Their annual income was just around Rs.84,000 when Diptesh joined IDIA as a Trainee.

He studied at the Singur Mahamaya High School. In 2019, he scored a commendable score of 95% in his 12th standard board examinations while pursuing the commerce stream from the West Bengal Council of Higher Secondary Education.

He came to know about the legal field and law as a career through a sensitisation session conducted in his school by IDIA. He faced lots of hardships during his preparation for the law entrance examinations. Currently, he is pursuing B.A. LL.B degree from the South Calcutta Law College, affiliatedwith the University of Calcutta.

After graduating in law, Diptesh wants to become a civil services officer. Through this, he wants to bring change in the social sector by improving the living condition of the people in the community. He is particularly dedicated to working in the education sector, fighting the evil of child labour, and promoting education among vulnerable communities. He strongly believes that the satisfaction he receives from helping other people is better than any other work that he can do. 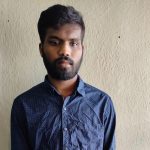 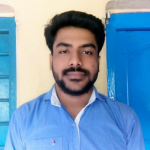