The first thing you would notice about Divpreet is her ever cheerful face. Always bubbling with energy, she is extremely observant and is never shy to ask a question in class. She completed her 12th standard studies this year from Sarvodaya Kanya Vidyalaya, Vikaspuri, in Delhi. She successfully secured a seat at Amity Law School, Noida. Her father works as a security guard in National Law University, Delhi, and her mother is a housekeeping supervisor in the Girls’ Hostel of the college. Financial constraints, however, never stopped her from dreaming big and achieving her dreams.  In the first year of her law school she faced many cultural and language barriers but she has been consistently working hard against all odds.

Divpreet has always been passionate about fighting against oppression and injustice prevalent in the society and that is precisely why she wants to become a lawyer. She has organised several campaigns like ‘awareness program against eve-teasing’, and campaigns aimed at making public spaces safer for women. 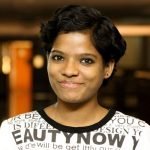 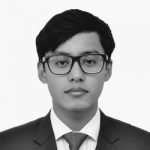