Gyanesh Mishra belongs to Madhupur, a city in Deoghar district of Jharkhand. He completed his 10th standard education from Carmel School, Madhupur, scoring an aggregate of 88% and his 12th standard from Mount Litera Zee School, Deoghar. He topped his school in the 12th standard with an aggregate score of 92% in the commerce stream.

Gyanesh’s mother passed away in 2004 and his father passed away in 2019. He is currently living with his sister in Kolkata. His father ran a medical store which provided sufficient income to help him in his school education. However, after the demise of Gyanesh’s father, the financial condition of the family has taken a huge hit and Gyanesh is being taken care of by his sister, who works as an accountant at a company.

Gyanesh is extremely talented with a deep interest in debates and discussions since his school days. He excelled as an organiser and was selected as the School Captain. He has also represented his school in the inter-school cricket tournament. With an initial inclination towards pursuing a career as Chartered Accountant, he realised his potential for law after being inspired by his cousin who is a lawyer. He came to know about IDIA through him and contacted us. With the support of IDIA, he has a new ray of hope for his career in law after he couldn’t pursue it in 2020 due to exorbitant fees of law colleges.

Gyanesh believes that a career in law is not just about securing his future but it shall also help him to deliver justice to those who are vulnerable. 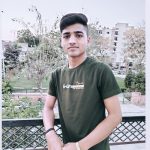 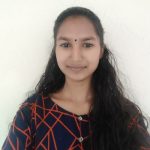