Intisar, a resident of Lucknow, is one of our brightest kids. His father passed away due to brain haemorrhage in 2010. Just a year later, his mother too passed away after battling blood cancer. He lives with his elder sister who herself is pursuing masters, and his masi (mother’s sister), both unmarried. The only source of income for the family is the pension received by his maternal aunt on his behalf, which amounts to Rs. 14,000 a month.

Intisar is a determined kid, one who takes his failures as challenges. His hard work is evident from his stellar performances in class 10th & 12th where despite all odds he scored a whopping 89.8% (ICSE board) and 95.5% (ISC Board, PCB) respectively. Intisar used to head the student’s council in school and takes great interest in sports. He aspires to join the judiciary and do the best to his fullest capacity.

Intisar came to know about IDIA through his neighbour who himself was a student of GNLU. He got in touch with IDIA UP Chapter, got selected as a trainee and started his journey towards his goal of making it to a top NLU.

Intisar has been a consistent performer throughout the year and improved in leaps and bounds. He meticulously took care of the smallest of mistakes and has been highly critical of his own efforts. But the intensity he brought to his studies has helped him break through his constraints and materialize his dreams. 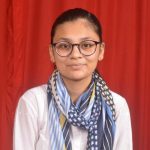 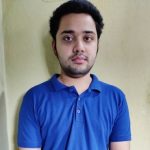