Jitendra Majhi is from a tribal village called Renu, situated in Gajapati district of Odisha. His mother is a daily labourer and his father is a farmer. One of my elder sisters is a teacher in a government school. During summer vacations, Jitendra along with his brothers and sisters, worked together to earn some money to help out their parents.

Jitendra was fortunate in that he did his schooling from Kalinga Institute of Social Sciences (KISS) in Bhubaneswar, where he was getting education and other facilities free of cost. It is here that the IDIA Odisha Chapter discovered Jitendra’s potential and started training him to crack CLAT. He went on to become the first IDIA Odisha Chapter’s trainee to crack CLAT and subsequently joined the same college too! He wanted to pursue a legal education, because he felt that he could understand our society better through legal education.

Jitendra believed that legal education is necessary not only for becoming a good lawyer but also for becoming a well-aware citizen. There is no lawyer in his village or in his gram panchayat and due to absence of legal experts in our village, people from his village and people from other nearby villages face a lot of legal problems that they can’t solve. That is why he decided to become the first lawyer of my village and by doing so he wants to lead his community in future.

During his first semester vacation, he interned with the NGO Zenith Legal in Shivpuri, Madhya Pradesh where he worked on many legal aid causes such as manual scavenging and with victims of silicosis. He also made a presentation on “Tribal Rights”. In his free time, Jitendra likes to practice his dancing and write a few poems! 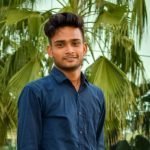 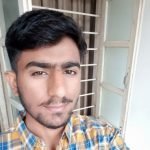