Kailash belongs to the Meghwal community, hailing from the Tekra village in Phalodi, Jodhpur, Rajasthan. He is the eldest son of a farmer who earned an annual income of Rs. 90,000. This meagre amount helped provide for four siblings and their education. Yet unfortunately, due to their weak financial situation, Kailash’s younger sister had to give up studying after completing 8th standard. Undeterred by his grim reality, Kailash has continued to study hard and has proven to be an extremely bright student by scoring 90% in the 10th and 73% in the 12th standard examinations. He particularly enjoys mathematics, and loves to play cricket and football in his spare time.

As a conscious young citizen, Kailash has closely witnessed many problems faced by the people in his village, particularly those related to land disputes and dowry. As someone from a Scheduled Caste, he himself has been the subject of discrimination. He believes that armed with a law degree, he will be able to help those who have been denied their rights or have been discriminated against. He also hopes to empower his fellow citizens by educating them about the various legal solutions available to them. Kailash has ranked an incredible 1st place in the SC category in AILET, securing him a spot at National Law University, Delhi!

His internships include those with Presolv360, Public Union for Civil Liberty (PUCL), Jaipur and Dharmender Arya Associates, Saket District Court, New Delhi. He has also attended many workshops. 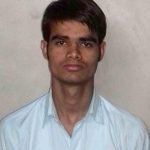