Kundan hails from the village Parihara in Begusarai district of Bihar. He completed his schooling in New Delhi, and completed his training for law entrance examinations with the IDIA Delhi Chapter at National Law University, Delhi.

His father is a private security guard, and his mother is a housewife. His father supports a family of five with his earnings that were just INR 9000 per month. To start supporting his family at the earliest, Kundan enrolled in a professional teaching course at the District Institute of Education and Training at RK Puram, Delhi. However, Kundan was determined to become a lawyer from a very young age. He came to know about IDIA through his father, who works at the same security agency as the security guards at NLU Delhi.

Confident since day one, Kundan never had any second thoughts about his goal and made NLU Delhi his second home. He was also trained by IDIA’s affiliate partners, IMS and LST. With sheer hard work and dedication, Kundan has secured admission at Vivekananda Institute of Professional Studies.

In school, Kundan was an excellent student, scoring an aggregate of 93% in his twelfth standard examinations. When he first moved to New Delhi in his fourth standard, he was initially denied admission in some schools for his lack of proficiency in English. However, he made it a point to overcome his challenges with the subject and it is a testament to his determination that he graduated school scoring 95% in English.

Kundan loves poetry and is also very interested in current affairs. He wants to become a litigation lawyer and contribute to the society. Kundan is socially active and is a part of the National Social Service Club at his university, which helps teaching underprivileged students. He also volunteered at the Delhi Legal Service Authority (DLSA) as a Paralegal. He interned at Dwarka District Court under Adv. Ashutosh Kumar Misra; Centre for Social Justice, Ahmedabad and Advocate Rohit Bansal, District Court Saket. 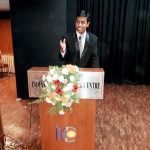 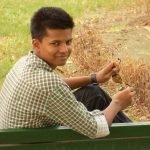