Lavanay Raj hails from a small town in Bihar known as Hajipur. His father was a medical salesman who used to earn Rs. 15,000 per month. His mother is the sole breadwinner of the family now and earns her living as a beautician. Lavanay has an elder sister, who is married. His parents have worked hard to make both the ends meet and make enough money so that they can secure their children’s futures.

The pandemic exacerbated his family’s struggles. His father fell seriously ill, suffering 50% lung damage, and was subsequently fired from the company. Since then, his father has been unemployed. Lavanay has nine members in his family, including his cousins. His family was heavily dependent on his grandfather’s pension. However, he recently lost his grandfather and his aunt due to COVID-19. Lavanay is still facing financial crunches due to the losses he faced during the pandemic. He describes those days as nightmares where he had to manage everything on his own and ensure that his family survives the mental toil. This caused many hurdles in his studies and he struggled to get back. Needless to say, this win means a lot to him and his family. Lavanay completed his 10th standard with a CGPA of 8.6 in his CBSE board examination. In spite of all the hurdles, he completed his 12th standard from DAV Hehal (Ranchi) with a score of 78% in the Humanities stream. Lavanay came to know about law as a career option when he was in 11th standard through a friend of his sister. One day, he read an article about the IDIA Scholars and their result in CLAT 2020. He asked for help from his school seniors and contacted IDIA. After that, he cleared the IDIA National Aptitude Test, interviews, and his training started in an online mode. He faced difficulties in English and the reasoning sections as he was unable to understand the passages. To overcome these difficulties, he worked hard and started reading newspapers for 4-5 hours daily. His IDIA mentor guided him on a daily basis, which he found to be very helpful in improving score in mocks.

Lavanay knows that for people like him it is tough and expensive to resort to legal remedies. Few years ago, one of his family members faced a medical negligence case in a hospital in his district. They were denied proper legal support due to their social and economic conditions. This incident has been an inspiration for him to learn the law and help people in need. Lavanay has worked hard to overcome the barriers that life kept bringing in. He wants to support his people by contributing towards the reforms of the legal system. He is determined to make quality legal services available to underprivileged people in this country. Therefore, he wishes to practise as a litigation lawyer after graduation. 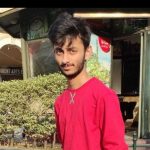 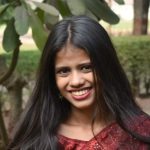