Madipelly Rithish comes from Shekalla village near Jagtial district in Telangana. He has visually impairment since his birth and has done his schooling from Devnar School for the Blind, Hyderabad.

He is very bright and had secured 88% in tenth standard and 76% in twelfth standard, in the Telangana State Board. Both his parents are farmers. He has an older brother who was preparing for becoming a Company Secretary. His younger sibling, who also has visual impairment, was studying in school.

Rithish’s motivation to study law arises from one of his own personal experiences. When he was studying in ninth standard, Rithish had to get a disability certificate. Despite being eligible for a disability certificate, Rithish had to pay the government official to issue him one. This incident made Rithish realise the importance of knowing one’s rights. He understood that becoming a lawyer was one of the best ways to enforce one’s rights that are guaranteed by the law. When Rithish was in 11th standard, one of his seniors from the school informed him about IDIA. Without any delay, Rithish contacted IDIA and was selected as a trainee of the IDIA Hyderabad chapter.

Throughout his preparation, he faced many challenges, including internet connectivity issues, despite which he excelled. He has decided to take up law as a career to help the people and society. He would like to work towards improving governance in the country. He attributes his success to his parents and the IDIA team, who motivated him to work harder and helped him with the preparation. Apart from studies, Rithish likes to play cricket as a wicket keeper and a right-handed batsman. 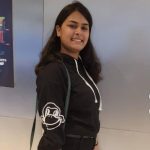 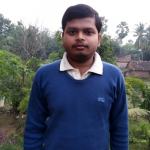