Mayank Kumar hails from Khagaria district of Bihar. He is a hardworking, a goal oriented and a focused individual. He completed his 10th and 12th standard studies from his home district and scored 72.6% and 81.6% respectively. He comes from a financially weak background where his father is the sole bread earner of the family and earns around Rs. 15,000 – 20,000 monthly through his dairy business and farming, while his mother takes care of their home. Mayank has four sisters with two of them studying in colleges and two still studying in schools.

Mayank’s uncle suggested that he should attempt CLAT and pursue legal education. Mayank started researching on the internet for scholarships for law and he came across IDIA. Mayank believes that law is a tool which helps society to prosper. He would like to help the community at large by spreading awareness about law’s power to help overcome the existing inequalities. He also aims to train and help new aspirants to enter the career field of their choice.

Mayank overcame many challenges during his preparation phase through rigorous patience, persistence and practice. His proficiency in English and Current Affairs was weak. However, he was determined to excel. He developed a rigorous reading habit that covered a variety of sources and subjects including Science, Economics, International Relations and Literature. Mayank believes that he has improved his vocabulary manifolds during the preparation for the law entrance examinations. His hard work is evident from the drastic improvement in his performance and ranks during the preparation.

The preparation wasn’t easy as the pandemic forced Mayank’s family to move to his village where it was very difficult for him to study in a two-room house. He also lacked technical resources including a laptop. His community stepped in to help him. One of his generous neighbours accommodated him in his house and another helped him by providing a laptop. Mayank gives credit of his success to his community and wants to give back to them.

Apart from studies, Mayank also has considerable interest in computer programming. He is credited to have developed several softwares and a drone in his early school days. He is also a badminton player and has qualified for the zonal level badminton tournament. 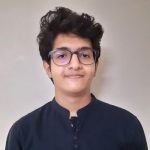 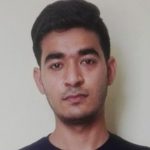