Danish’s father works at a footwear shop, earning Rs. 3,000 per month for a family of five. Despite the lack of financial resources, Danish’s big dreams, hard work and desire to learn have helped him transcend his financial background.

Danish did his schooling at Mohammad Jan High School, Kolkata, and subsequently enrolled in Ambedkar College, Kolkata, as a history student. He enjoys reading books and playing cricket, but quizzing is the closest to his heart.

When we asked him why he wants to study law, he cited his dissatisfaction with the current state of law and order in the country as his primary motivation. With consistent effort, Danish secured admission to the Institute of Law, Nirma University. Danish hopes to play a role in drafting legislation in the future, and wants to become an IAS officer after he graduates. 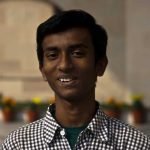 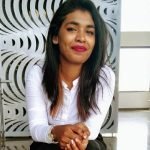