Sarwar Ali’s father, who ran a fast food stall, never expected that his younger son would be able to complete his schooling, given the poverty and lack of resources that challenged his family’s daily life. Sarwar’s elder brother also dropped out of school and used to work in a Pizza Hut outlet. His family’s combined income was Rs 6,000 per month, when we took him as an IDIA trainee.

Originally from Sheikhpura district in Bihar, Sarwar had been living in Park Circus in Kolkata, an area predominantly considered a minority ghetto, ever since his father migrated to Kolkata looking for job opportunities in the city. He completed his schooling from Kolkata, with a commendable score of 84% in his Board Examinations, after being spotted by the IDIA training team. His trainers described Sarwar as a bright student, on the quest for knowledge, and with an instinctive grasp of the finer points of law. Sarwar mentioned that he had chosen to pursue law because he had experienced the manner in which the poor and downtrodden are deprived of legal aid and he wishes to provide legal services to those who cannot afford it.

After Sarwar cleared the CLAT examination and was offered a seat at the Dr. Ram Manohar Lohiya National Law University (RMLNLU) at Lucknow, there has been no looking back for this lad. With an iron-clad determination to go all the way, RMLNLU became indeed a great stepping stone for someone like him, with big dreams and the optimism to handle any challenge thrown at him.

Currently he is working with Saikrishna and Associates, and he is taking care of his family. In the future, he desires to give to back to the society. We are sure that he has a long way to go! 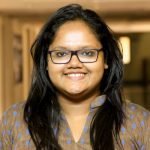