Mani is a resident of Kusalapuram village, in Srikakulam District of Andhra Pradesh. She is a student of Telangana Social Welfare Residential School, Mahendra Hills, Secunderabad. Her father Vasudev Rao was an auto driver and he earned around INR 40,000 per annum. He is currently unemployed due to health reasons and her mother is a homemaker.

A hardworking and brilliant girl, Mani obtained a G.P.A of 9.5 in Class 10 and 91.9 % in Class 12 (Science Stream). A meritorious student in the science stream, Mani also cracked the JEE main examination and qualified for the JEE advanced examination! She has been an active participant in numerous debates, elocutions and youth parliaments held across the state of Telangana and has won many awards at State level debates and elocution competitions. An all-rounder, Mani holds a National Cadet Corps (NCC) A-Certificate. She was also selected for the ‘Green Guru Scheme’ introduced by the Social and Tribal Welfare Departments where she taught students at Gurukula Patasalas.

Mani was trained by the Hyderabad Chapter of IDIA and IDIA’s affiliate partner, LST. Mani wants to pursue law with the ultimate objective of becoming an IAS officer. She believes that studying law will strengthen her understanding of society which is essential to devise solutions to the existing problem of economic instability.

Coming from a socially and economically disadvantaged background, Mani understands the practical needs and requirements of her community and wants to pave the way for girls like her, so that they can dream of an independent existence without being dragged down by socio-economic barriers.

Mani secured a seat at IFIM Law College, Bangalore. She was the second rank holder in her class. She has interned with Advocate General for Karnataka, High Court of Karnataka and Advocate NSV Reddy, Visakhapatnam. She is also actively engaged in various campus activities, and is a go-getter who has bagged research opportunities with her professors. She actively contributes to her community, organizing a variety of activities and workshops on gender issues and legal aid. 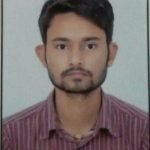 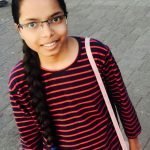