Mohammad Atik Saiyed did his schooling at Adani Vidya Mandir in Ahmedabad (AVMA), a school for economically underprivileged students. Pursuing law as a career was always his dream. Atik’s father is a plumber in Ahmedabad, earning a small income on a daily wage basis, to support the family of five. His mother is a homemaker. Atik has two siblings. He counts his father as a source of inspiration for him. He lives in Juhapura, which is on the outskirts of Ahmedabad.

Atik studied in a government school in his locality till his third standard and after that he appeared for an entrance exam for AVMA. He completed his primary education in a Gujarati medium school and the English language was always out of his reach. Despite that hurdle, he worked hard and secured an admission to AVMA, which unveiled new opportunities and challenges. Being from a minority community at the school, he had to learn a new culture, habits, language and ways of living, which was very challenging for him.

Atik was introduced to IDIA through a sensitisation program conducted by IDIA in his school. IDIA noticed his potential and capabilities and selected him as a trainee.

IDIA members from Ahmedabad (Nirma) Chapter explained to him about the vision, mission and procedures of IDIA. Atik was trained by some of the most dedicated and caring IDIA mentors. He credits his mentors at the Nirma chapter for his success. According to him, they worked hard with him and showed him kindness. They gave him motivation, teachings, skills and experiences and supported him through all his struggles. He says that his mentors ignited the spark in him to believe and achieve seemingly impossible things. 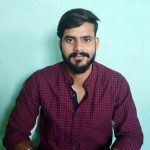 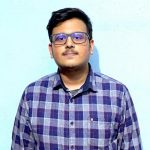