Mohammad Dhulqr Shan is a hardworking and sincere student from Thrissur, Kerala. His father is a retired sales executive who used to be a real estate agent in Bahrain earlier. His mother is a housewife. His sister is a doctor and earned Rs. 1500 per day when he joined us as a Scholar. She is the only earning member in the family.

Dhulqr completed his tenth standard with a CGPA of 10 in his CBSE Board Examinations and he also received an award for this achievement. He then went on to score an impressive 80.8% in his class twelfth CBSE examinations. Dhulqr also engaged in extracurricular activities such as extempore, poem recitation and debate competitions, and won accolades in the same. He was also an active participant in athletics and chess.

Dhulqr is determined to make it big in law school. On his understanding of law, he says that law has been one of the most intriguing subjects for him. He considers helping society as a duty and wants to work for the welfare of the disadvantaged groups in society.

Dhulqr believes that knowing the law elevates one’s self-worth. Being a first-generation law student, he is convinced that law serves the purpose of protecting everything one cares about. It is vast and constantly evolving. He sees himself as a practising international lawyer after his graduation. 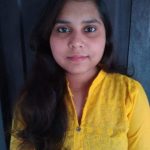 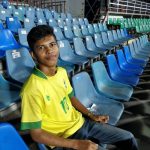