Sadiq lives in a small city of Rajasthan from where he completed his higher secondary education and took a drop year to work hard for the next step in achieving his dreams. Sadiq comes from a very humble background and had to face various challenges due to financial instability, but that kept him motivated towards his goal of changing his life for the better. He had to face many hardships during his preparation time as he managed studies and he helped his father sell fruits, but he didn’t lose hope. He was consistent with his learning and pushed himself harder under the guidance of various mentors of IDIA Rajasthan Chapter who recognized his passion for law.

Sadiq likes reading books and since the 8th standard he found himself to be passionate about arguing for the truth and opposing the unjust. He has been greatly inspired by his neighbour who is also a lawyer and he wishes to be confident and knowledgeable like him someday.

There have been times when Sadiq felt anxious about his preparations, but he used to share his problems and doubts with the team of mentors, and this constant support helped him sail through the tough times. He is very grateful for all the assistance provided by IDIA and believes that his association with the Rajasthan Chapter has helped him come a step closer to his goal of being a successful lawyer and contributing to the society. 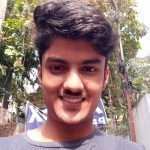 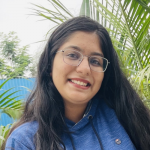