Musharaf is a resident of the Baramulla district in Jammu and Kashmir, which is one of the worst hit conflict zones in the region. His school would be frequently shut indefinitely because of terror attacks. Musharaf admits that studying in such circumstances was difficult, but his dedication and focus enabled him to succeed. He finished his schooling in 2015 from the Government Higher Secondary School in Palhallan Pattan with distinction.

Finishing school was in itself a huge milestone for Musharaf – he is the first person in his family to finish post-matriculation. His father is an orchid farmer, who also works as a semi-skilled labourer part-time to make ends meet. Musharaf’s family, which also consists of his mother and two sisters, sustained itself on his father’s monthly income that was about INR 7,000 – 8,000.

After school, Musharaf took up medicine at the behest of his parents, but eventually realized that his interest lay in studying law. While his parents supported him with the decision to switch to law, he faced a lot of opposition from his relatives who did not have a favourable opinion of the legal profession. However, Musharaf stayed steadfast in his belief that some people in the profession may be bad, but not the whole profession itself, and started preparing for CLAT by himself towards the end of 2015.

In 2016, Musharaf came across IDIA on the internet and contacted (late) Prof. (Dr.) Shamnad Basheer for IDIA’s support in his CLAT preparation. He was invited to shift to Delhi and train with the IDIA Delhi chapter for the month of April. Musharaf’s hard work finally paid off, as he secured admission in West Bengal National University of Juridical Sciences, Kolkata. He has interned Under Senior Advocate Javid Iqbal (Ex Advocate General Of J&K High Court).

Musharaf spends his spare time exploring the lush green meadows of his hometown, playing cricket and badminton, and helping his father with farming. 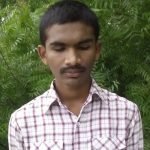 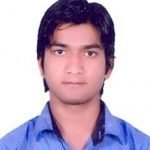