Om Prakash Choudhary hails from a small village called Latara of Pali District in Rajasthan. His family consists of 8 members which include his grandmother, parents, 4 sisters and himself. His family does farming like most other families in his village. Om is very proud of his father as he is the first person from their small village to pursue graduation.

Om is highly passionate about women’s rights and gender equality and looks forward to becoming a lawyer who fights for both of these causes! This interest was sparked in him once when he witnessed a domestic tiff between his sister and brother in law where his brother in law questioned her saying asking what could she do if he leaves her, knowing very well the social stigma attached to a divorced women in this country. This disturbed Om so much and he started researching online about domestic rights. It was then that he realised that a person with knowledge of law has the power to fight when the legal rights of a person have been violated. He also realised that lawyers have the power to change the perception of the people about their legal problems. Subsequently, he started looking up legal education in India but was a bit disheartened to see the fee structure of NLUs. On further research, he himself found out about the Rajasthan IDIA Chapter and contacted them to become an IDIA trainee.

Om bagged a seat at the prestigious Institute of Law Nirma University and has been making the most of his time there! He is highly involved in his campus activities and even plays cricket for his college team. He recently pursued an English-speaking course from Inlingua Institute to help him get better at the language. He interned at Doosra Dashak, Jaipur. Om is a national football player. He has been a content writer at Readerspace. 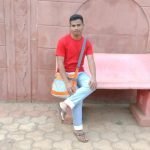 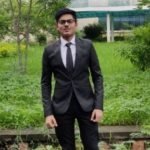