Prakash comes from Khapura village in Patna district of Bihar. Prakash’s motivation to do law stems greatly from the fact that there was no lawyer present in his village or surroundings. He wants to change the commonly held negative perceptions about lawyers. Prakash has a family of 6 including his brother, his parents and his grandparents. His father is a farmer and his mother is a homemaker

Prakash has been an excellent student, scoring a CGPA of 10 out of 10 in his 10th standard board exams, and 71.4% in the Science stream (PCMB) in senior secondary at Sainik School. There, he took part in several extra-curricular activities, and was an active participant in the Model United Nations, as well as sports-competitions like inter-school volleyball and basketball championships. Prakash was the House Vice-Captain and volleyball captain in his school.

He has continued to be an active participant in campus activities during his college life. He has interned at Foundation for Democratic Reforms, Hyderabad under the guidance of Dr. Jay Prakash Narayan. He has also interned at Vidhi Associates, a law firm in Patna. He has participated in activities like MNLU Mumbai’s mediation competition and IIT Bombay’s parliamentary debate. He was among the top 10 participants in Freshers’ Moot Court Competition and was a finalist in Freshers’ Parliamentary Debate. He has also done courses on intellectual property laws and ADR. He has also got NCC ‘A’ and ‘B’ certificates to his credit

Prakash is an avid reader and learner and enjoys keeping up with current events by reading the newspaper and interacting with people. Prakash is also very politically aware and likes engaging in political debates and discussions. 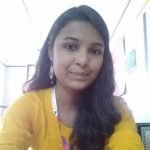