Pritam Das is currently pursuing his LLM at the West Bengal National University of Juridical Sciences, Kolkata. He hails from Basanti, a small village in Sunderbans. His father is an employee in the West Bengal Irrigation Department and his mother is a homemaker. When he joined us as a Trainee, his family’s monthly income of INR 15,000 supported five members. After attending an IDIA sensitisation workshop in his school, he was determined to study law.

After being chosen by IDIA for training, Pritam worked really hard to prepare for CLAT. Unfortunately, he was unable to appear for CLAT that year. He enrolled in the Department of Law, Hazra Campus, Calcutta University, and continued to prepare for next year’s CLAT. His dedication and hard work paid off, and he got a seat in NLU, Odisha in 2014.

It is a testament to his sincerity and honesty that every IDIA trainer who has interacted with Pritam has had an insightful conversation with him, feeling that they have truly met someone special. We look forward to being a part of his journey as he scales greater heights! 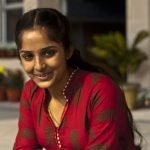 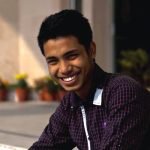