Priyanka Hazarika grew up in Guwahati, Assam and completed her class XII from Cotton College, scoring 82% in her board examination. She arrived in Kolkata towards the end of March to prepare for CLAT and AILET examinations. Within days, she jumped headlong into an intense study curriculum by putting in over 10 hours of study each day. In less than a month, Priyanka cleared the AILET, qualifying for National Law University, Delhi. She also secured a seat at the West Bengal National University of Juridical Sciences!

Priyanka’s resolution to keep going against all odds while maintaining a cheerful exterior is reflective of her father’s love and teachings. Her father taught Assamese in a school. He passed away after a long struggle with illness, leaving behind his spark in Priyanka. Since then, her family sustained itself by relying solely on her father’s monthly pension that they received. However, financial obstacles have never managed to daunt Priyanka in the staunch pursuit of her goals.

As a student, Priyanka was actively involved in various projects as a research assistant with different research centers at NLU Delhi, and also bagged some very sought-after internships with leading Indian law firms such as Khaitan & Co. and S&R Associates. She also displayed exemplary leadership as Team Leader of the IDIA Delhi Chapter and as the convener of the Legal Services Committee at NLU Delhi. She recently graduated from NLU Delhi and has joined AZB & Partners, one of the leading law firms in India, as an Associate. 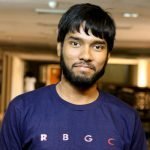 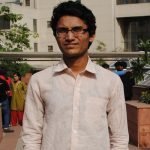