Raj Aryan is a hard-working scholar from Patna, Bihar. Raj has been battling the hardships of life from a very young age, having lost his father and having to take up the responsibility of taking care of 3 younger siblings. Raj’s education is a dream come true for him because after his father’s death, the only earning member of his family was his elder brother as his mother is a homemaker. He is indebted to his uncle and teachers who had motivated him all throughout his life. In fact, he has been awarded scholarships from his school since a very early age, to support his education.

Raj has been a Junior Reporter in one of the regional dailies in Bihar and is an enthusiastic budding poet, who finds solace in penning down his thoughts. When IDIA went to his school for sensitization, Raj’s dreams got a direction. He wants to bring a change in the society by lessening the disparity that exists and he wishes to support his family financially in the coming years.

Raj was trained by the IDIA Chapter in Bihar and secured admission at South Calcutta Law
College, Kolkata. While he was initially disappointed about not gaining admission into a national law university through CLAT, he understands that he can make a mark regardless of where he studies, and is now determined to take all the necessary steps to get there.

Raj is fascinated by the idea of litigation and wishes to be a leading lawyer of the country in the coming years. His internships include those with Debt Recovery Tribunal, Kolkata; Chakraborty and Associates, Kolkata and Vidhi Associates, Patna.

We are extremely confident about his success because of his indomitable spirit. He is an extremely diligent and sincere student who is surely going to make his study period in Calcutta University worth it. 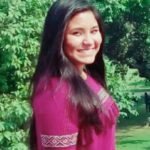 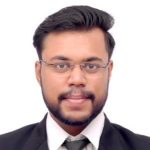