Raju Ram completed his schooling from Dr. Ambedkar Residential School in 2015, and devoted the better part of the year preparing for CLAT under the training of the IDIA Rajasthan Chapter. He was always a bright student at school. His family of six members earned a modest income of INR 40,000 annually, staying in the small village of Joliyali in Jodhpur district of Rajasthan. His father works as a labourer, and is the only earning member of the family. He has three siblings, two of whom are younger and studying, and an elder sister who is married.

Raju aspires to become a judge and is passionate about upholding justice. He has a keen interest in legal education and keeps in touch with distant relatives who are advocates.

Raju is not just good at studies, but also likes basketball, which he played a lot in school. He has a developing interest in music, and especially enjoys listening to Indian music. Raju’s diligent efforts paid off as he secured an all India rank of 248 in CLAT 2016, and gained admission in National Law University, Odisha.

Raju’s diligence and hard work were rewarded at the IDIA Annual Conference 2018, where he was given the “IDIA Champs in the Making” award.

At his university, Raju has headed the Legal Aid team of the IDIA Odisha Chapter. He is also a co-founder of “Project Prabhaat”, a project that reaches out to aid in the education of underprivileged school children in Cuttack, Odisha. He has interned with Justice Shekhar B Saraf, Calcutta High Court, Tree of Life Associates and Zenith: Feel The Change, Legal Aid Clinic in Shivpuri, Madhya Pradesh. 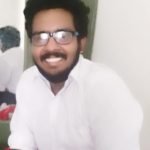 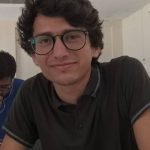