Saiful Sardar lives in Purbo Boyarsing, a village in the South 24 Parganas district in West Bengal. His family includes his father, mother, brother, and sister. His mother is a housewife, and his father works as a daily labourer.

Saiful is blind from birth. Initially, he stayed back home while his siblings went to study at a school. His life changed when he learned Braille from a nearby school and got to know about Ramkrishna Mission Blind Boys Academy, Narendrapur. He immediately got himself enrolled there and started his education.

Saiful became interested in law very early in his life. He came to know about legal education when he was in the 7th standard. He aims to give back to his community and other underrepresented communities that lack access to legal resources.

IDIA conducted a sensitisation session at his school, and he was fascinated by the support provided by IDIA to students like him. Since his family faced many financial difficulties, Saiful wanted to make the most of this opportunity. He was inspired by his school senior who was an IDIA Trainee then. Saiful appeared for the IDIA National Aptitude Test when he was in the 12th standard and was successful in getting selected as an IDIA Trainee.

Saiful got a lot of assistance in his preparation from IDIA mentors and seniors who provided him with training materials, constant help, and support. His joy knew no bounds when he found out about the CLAT results.

Saiful has diverse talents and skills. He has an interest in debating and has participated in various debate competitions during his school days. He takes a keen interest in crafts such as Clay Modeling and making chairs by hand. Saiful also enjoys reciting poems and singing songs. 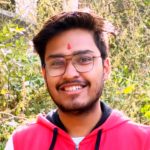 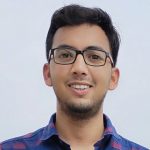