Jiyarul hails from Purbashripati Nagar, South 24 Parganas, West Bengal. Despite his visual impairment, he is determined to achieve his goal of becoming a successful lawyer. Jiyarul has been a source of inspiration to many. His father is a farmer and his mother is a homemaker. His family of five is supported by just his father’s income which was below INR 1,00,000.

Jiyarul is a very hard working and sincere student who completed his twelfth from Narendrapur Ramakrishna Mission Blind Boys School. He was introduced to IDIA through a sensitisation conducted in his school by the IDIA West Bengal Chapter. Thereafter he was trained by IDIA’s affiliate partner, IMS.

Jiyarul aspires to be a lawyer to support his family financially and to help the needy. In his words, “Society always says that please help the blind, so they don’t feel left out. I want to prove it that we are not a burden, but contributors for the betterment of the society at large”.

With this focus and determination, Jiyarul performed extremely well in CLAT and secured admission at National Law University, Odisha. This young would-be lawyer is also interested in classical music and loves to play the violin. He also likes swimming and playing cricket. He has been part of various sports competitions and have excelled fairly well in many of those.

In May 2019, when the cyclone Fani hit Odisha, he shared his own experiences with cyclones and flooding (he comes from the low-lying Sunderban region, very prone to flooding) with his friends and classmates to inform them about the dangers and safety practices and help them out.

In the summer of 2019, Jiyarul worked at HAQ: Centre for Child Rights, where he researched extensively on the Protection of Children from Sexual Offences (POCSO) Act and the Juvenile Justice Act. He also attended cases in the POCSO Court. He has also interned with Zenith: Legal Aid Clinic and Centre for Social Justice, Ahmedabad. Jiyarul is showing signs of a budding community leader and his active engagement in relief work for communities surrounding his village during the time of Cyclone Amphan is a testament to this.

Jiyarul takes a keen interest in sociology, an interest ignited in him by his sociology professor. 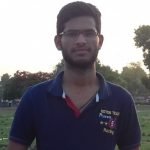 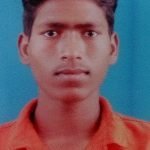