Sanyam hails from a small village Kanasi, situated on the border of Madhya Pradesh and Uttar Pradesh. His father is a farmer and is the sole bread earner of the family. His family of three is supported by his father’s income that was just INR 54,000 annually when Sanyam joined us as a trainee.

Despite the financial constraints, Sanyam was determined to build a bright future for himself and he stayed all by himself in Gwalior to attend school. He came in contact with IDIA through his uncle who contacted (late) Prof. (Dr.) Basheer to seek guidance. A hardworking and determined student, Sanyam travelled all the way to Bhopal for a month, with just one backpack, to attend training classes with the IDIA Madhya Pradesh Chapter. Sanyam was also trained by IDIA’s affiliate partner, LST.

Sanyam secured admission at Faculty of Law, Jamia Millia Islamia. In college, Sanyam is an active part of the campus community. He has volunteered for a number of college events. His internships include those with Inttl Advocare, Noida; Ira Law, New Delhi and Centre for Social Justice, Ahmedabad. He has been a member of Access to Legal Education for Muslims (ALEM), an organisation that works in the field of legal education for underprivileged Muslim students.

Sanyam aspires to become a judge one day – to contribute towards creating a just society.

Apart from academics, Sanyam is also interested in cricket, politics and travelling. 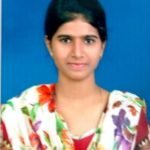