Sarath is from the village of Panangad, in the Ernakulam district of Kerala. He completed his schooling from Kaloor Model Technical Higher Secondary School, Ernakulam. His hard work as an IDIA Trainee with the IDIA Kerala Chapter paid off, and he got admission in National University of Advanced Legal Studies, Kochi.

Supportive of his interest in pursuing a legal education, Sarath’s parents enrolled him in the Heritage Coaching Centre in Kochi, where he completed a large part of his training for CLAT. Soon after his enrolment though, Sarath’s father, who works at toddy shop and is the sole breadwinner of the family, started to find it difficult to support the costs of Sarath’s coaching. Sarath was referred to IDIA by the Director of the Heritage Centre, and was selected as an IDIA Trainee.

Sarath is drawn to the study of law through his passion for debating, and interest in subjects like political science and history. His self-confidence and belief in his capabilities has in turn inspired certainty in the IDIA Kerala Chapter volunteers that he will excel as a future lawyer.

At ANNUALS, Sarath has been a volunteer with their Centre for Human Rights. He has also been an active member of the IDIA Kerala Chapter, and the Training and Materials national vertical at IDIA. He has interned with Human Rights Law Network (HRLN), Kochi and the Centre for Social Justice, Ahmedabad in his first year. He has also interned with Hon’ble Justice Mohan M Shantanagoudar, Kerala High Court and Adv. P Viswanathan Associates. 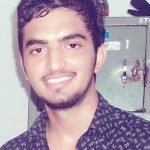 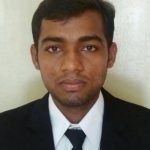