Sheetal is one of the most cheerful and diligent scholars of IDIA Delhi Chapter. Sheetal’s parents hail from Uttarakhand, but she has been living in Delhi for her entire life. Both her parents were working as guards in different universities. Sadly, her father passed away some years back leaving her mother as the sole bread-earner for the family. She finished her 12th standard studies from G.S.K.V., Kakrola, along with preparing for law entrance exams. She managed to secure 88.3% in her 12th standard board examinations and successfully cleared CET for IP University.

She joined IIMT and School of Law in her first year. Being the friendly and easy-going person that she is, she made friends right off the bat. She fit in well but decided to migrate to University School of Law and Legal Studies, GGSIPU, in her second year. She feels that her new college has given her better academic opportunities. Her professors help her learn better and she has been working on some interesting projects as a part of her curriculum.

She enjoys the class discussions they have and is interested in debating and learning as much as she can. However, shifting to a new college after a gap of one year is not an easy task and when she joined USLLS in her second year, she was scared of the new environment. People had already settled in and friend groups had already been formed. Sheetal, however, did not let this dim her positive outlook and settled in.

Her internships include those with Chambers of Advocate RS Aggarwal and Associates and Centre for Social Justice, Ahmedabad. She has also been a Paralegal volunteer for Delhi Legal Aid Authority. 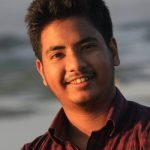 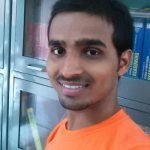