When anyone meets Shivani, they are immediately struck by her cheerful nature. She belongs to a small village in Uttar Pradesh called Haroli. Shivani lived with her parents and has an elder sister. Her parents moved to Indore so that Shivani could get better educational opportunities. Her mother is a homemaker, and her father is a security guard in a private firm.

Shivani knows that education is very important for leading an independent life. She chose legal education as she wants to fight for people from vulnerable sections of society. She knows there is a lack of availability of good legal resources for a large part of the population in India. She aspires to make a difference by bridging this gap. She hopes to bring a ray of hope into the lives of people who need it the most.

Shivani firmly believes that she need not do grand things, but she can always do small things that can make a difference. Shivani’s passion for law is clear from her penchant to watch interviews of the top lawyers of our country including Sudha Bharadwaj and Gopal Sankaranarayanan.

Shivani came to know about the IDIA through the Toppers Talk given by the IDIA Scholars who cracked CLAT 2020. She got selected as an IDIA Trainee through a rigorous selection process that is followed by IDIA.

She has worked consistently for cracking the law entrance examination with her IDIA trainers. Shivani attempted several mock tests and diligently attended the analysis sessions by IDIA Trainings and Materials Team. She was also enrolled with Legal Edge, one of our training partners.

She attributes her success in CLAT 2022 to her IDIA mentors who helped her throughout her journey. We have great expectations from Shivani. 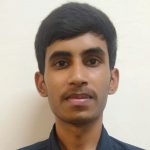 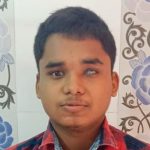