After his father’s death some time ago, Uradi Vishnu’s mother, who is a daily laborer tilling land, was the sole breadwinner of the family. The fact that he is visually impaired did not hold up his dreams of attaining higher education. Vishnu is from Kadicherla village in Andhra Pradesh.

Despite his visual impairment, Vishnu has always excelled in academics. Vishnu was initially apprehensive about his higher studies due to the poverty that his family had to struggle with on a daily basis. And then, he met a bunch of IDIA volunteers at the Sai Junior College for the Blind in Hyderabad. When Vishnu performed well in the aptitude test conducted in his school by IDIA, and was assured of the free training he would receive for CLAT, he started working towards his goal of becoming a lawyer.

Not only is Vishnu good at academics, he also loves playing chess, a passion he takes really seriously. He is a really good chess player and has won gold medals in state level chess tournaments! His teachers at Sai Junior College fondly remember him and say that “If there is someone who deserves the ‘ideal student’ tag from the batch, it would be Vishnu”.

IDIA trainers in Hyderabad got a glimpse of Vishnu’s dedication and seriousness when, even during his school hours, whenever he had some time off, he would go to the school library and send emails requesting for additional mock tests for him to practice for CLAT! This is a testament to his willingness to learn. Vishnu is a role model for his juniors in school and he inspires other visually impaired students to learn well and dream big!

Through all the hardships life has handed out to him, he has soldiered on. Vishnu graduated from National Law University, Jodhpur and is working with Andhra Bank. He is sure to succeed wherever he goes. 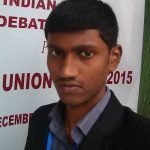 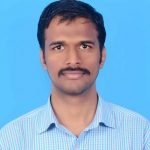