Vanshika Dhawan is from Trilopuri, New Delhi. She has been quite the fighter since her school days and has an indomitable spirit of determination and persistence. Her father is the sole earning member of her immediate family. He works in catering services. He has little job security, and he lost his job during the pandemic

Vanshika lives as part of a joint family. There is always lots of noise, buzz, and disturbance at her house. The hustle and bustle of her family leave her with no time for herself and no quiet place to study. Vanshika has faced and seen many difficulties such as family conflicts, gender inequality, and instances of harassment and abuse.

While these difficulties would have discouraged anyone, Vanshika decided to become the master of her destiny. After 10th standard, she shifted from a Hindi medium school to an English medium school. It came with a sharp dip in her grades as learning English in a short time proved to be extremely difficult. She continued to work hard and secured a good score in her 12th board examinations.

Due to her life experiences, Vanshika wants to take up law as it is a powerful tool that helps deliver justice. Despite the immense struggle, her father lost an important legal battle in court and did not get the justice that he deserved. Her father encouraged her to take up law so that she could deliver justice to those who need help. Vanshika wants to learn the law as it would help her to build skills like thinking analytically and to develop her personality holistically. She is fascinated by the socio-legal issues of India and wants to learn more about them.

Vanshika knew that her father faced various financial issues. The lockdown dampened her motivation to study due to many mental health battles. She often questioned her self-worth and felt anxious about meeting her goal. However, our quiet little fighter put in all her efforts and shined bright despite all the bumps along the way!

Vanshika’s trainers and mentors from IDIA Punjab Chapter provided her with holistic support. She often her anxieties and worries with her trainers. They helped her by organising regular motivation sessions and providing other support in addition to her training. 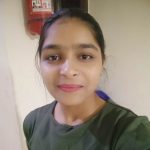 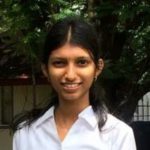