Vipan Kumar, hailing from the village of Phagwara near Jalandhar, was utterly confused about what he wanted to do after school. Having just completed his 12th standard board examinations, he was clueless about which line of study to pursue. His father worked in a sugar mill and his monthly income was less than INR 4,000. Due to financial constraints, his options for further study were very limited. But in June 2010, he got a new sense of direction. His uncle, who was working as a driver in West Bengal National University of Juridical Sciences (NUJS), Kolkata, informed him about IDIA. Thus, began his journey on the path of legal education which was set-off by a chance encounter with law. He started preparing for CLAT with the help of IDIA volunteers of IDIA West Bengal Chapter who would conduct classes on campus for him.

While General Awareness and Legal Reasoning were his favourite subjects when preparing for CLAT, Maths gave him sleepless nights. The fact that his foundation in English was not that strong also caused him worry. However, with the constant support and encouragement of the IDIA West Bengal Chapter’s volunteers, especially Satya Prasoon (or ‘Satya Prasoon Sir’ as Vipan fondly calls him), he kept going. Vipan eventually sailed through CLAT 2011, earning a seat in Rajiv Gandhi National University of Law, Patiala (RGNUL). He graduated from RGNUL in 2016. He practiced as a lawyer in Delhi. He is currently doing wonderful work with a Kolkata based society called Sanjog where he works on cases involving child trafficking. 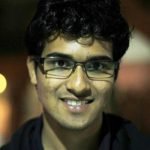