Yugal is a visually impaired student from Jaipur, Rajasthan. When he joined us a trainee, he came from a family of six with his father, a general store owner, as the sole bread earner who had an annual income of less than Rs. 1.5 lakhs. Yugal’s eye sight began deteriorating when he was in the fifth standard. He studied at Nethraheen Kalyan Sang, a blind school, in Jaipur, where he acquired a basic knowledge of Braille. He graduated with 75% marks in his Class XII board examination.

He has always been interested in debating and elocution competitions since his school days, and has always closely followed the various socio-economic issues plaguing the society. He believes that this is where his interest towards a career in law came from. He was a student at NALSAR University of Law, Hyderabad (NALSAR).

He likes to work with people from diverse backgrounds and firmly believes in team work. In law school, he developed a keen interest in a host of extra-curricular activities such as moot court, alternate dispute resolution, client counselling etc. He tends to be driven by opportunities that require him to push the boundaries of his comfort zone and deal with new challenges. Yugal’s areas of interest include commercial law, constitutional law, international taxation, jurisprudence and public policy. Yugal was elected as the President of the Student Bar Committee at NALSAR.  He graduated in the year 2017 and he is currently working as an Associate at Cyril Amarchand Mangaldas, Mumbai. 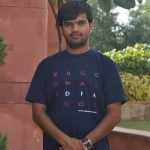 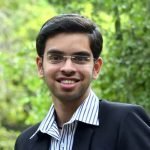